Our factory is open by appointment only during our busy Valentine's Season.  Text (720) 648-8893 for an appointment

From Peru to You

Welcome To Our Cacao Farm

In 2014, Moksha Chocolate formed a cooperative with the local cacao growers and producers to retain wealth within the indigenous community, raise the quality of cacao and implement organic, biodynamic, and sustainable farming practices. We then revised and standardized on-site fermentation and processing during 2016-17, and our first pilot project of four tons of single-origin cacao arrived in the U.S. November 2017.
OUR COCOA SELECTION - HIGHEST QUALITY IN THE WORLD 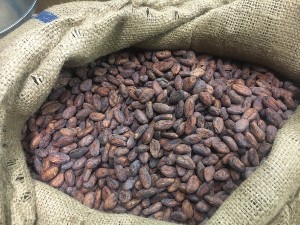 Currently, the Shanao Cacao harvest consists of one specific, regionally distinct variety, which are fermented at our cooperative in Shanao, Peru, then roasted, winnowed and ground to order at our Boulder, Colorado facility.
Our valley’s original cacao is quite rare, with a taste that is described as “delicate yet complex,” with a subtle chocolate flavor “rich in secondary notes.” 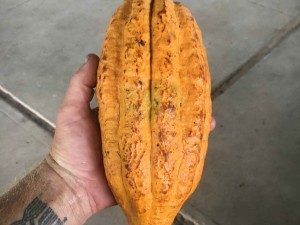 Criollo is one of the most highly prized beans because of its high quality, variation in flavor and aroma, and lack of bitterness. It is used in artisan chocolate and represents only around 3% of the world’s cacao production and cultivated mostly on small estates in Latin America.   Native Criollo pods are typically yellow. Our Criollo was planted by the original inhabitants of Shanao 50 years ago. 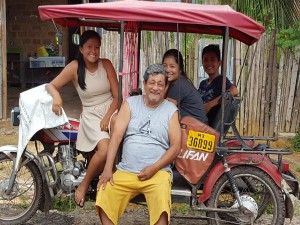 Legend has it that Necifero floated down the Rio Mayo 50 years ago with Criollo seeds and staked his claim on a rich promontory overlooking the town of Shanao. He planted the original variety of Criollo which is basis of the genealogy of the Criollo in the Shanao Valley.
FROM COCOA FARM TO BAR PROCESS

The cacao tree (Theobroma cacao) grows in tropical climates throughout the world. Each tree produces approximately one kilo of cacao, twice a year. Although most cacao is sourced from The Ivory Coast and Ghana, Peru has the highest biodiversity in cocoa in the world, hosting six of its ten varieties.  We source our cacao from a Shanao, Peru.  The two main varieties of cacao that grow in this area are Trinitario and Criollo. 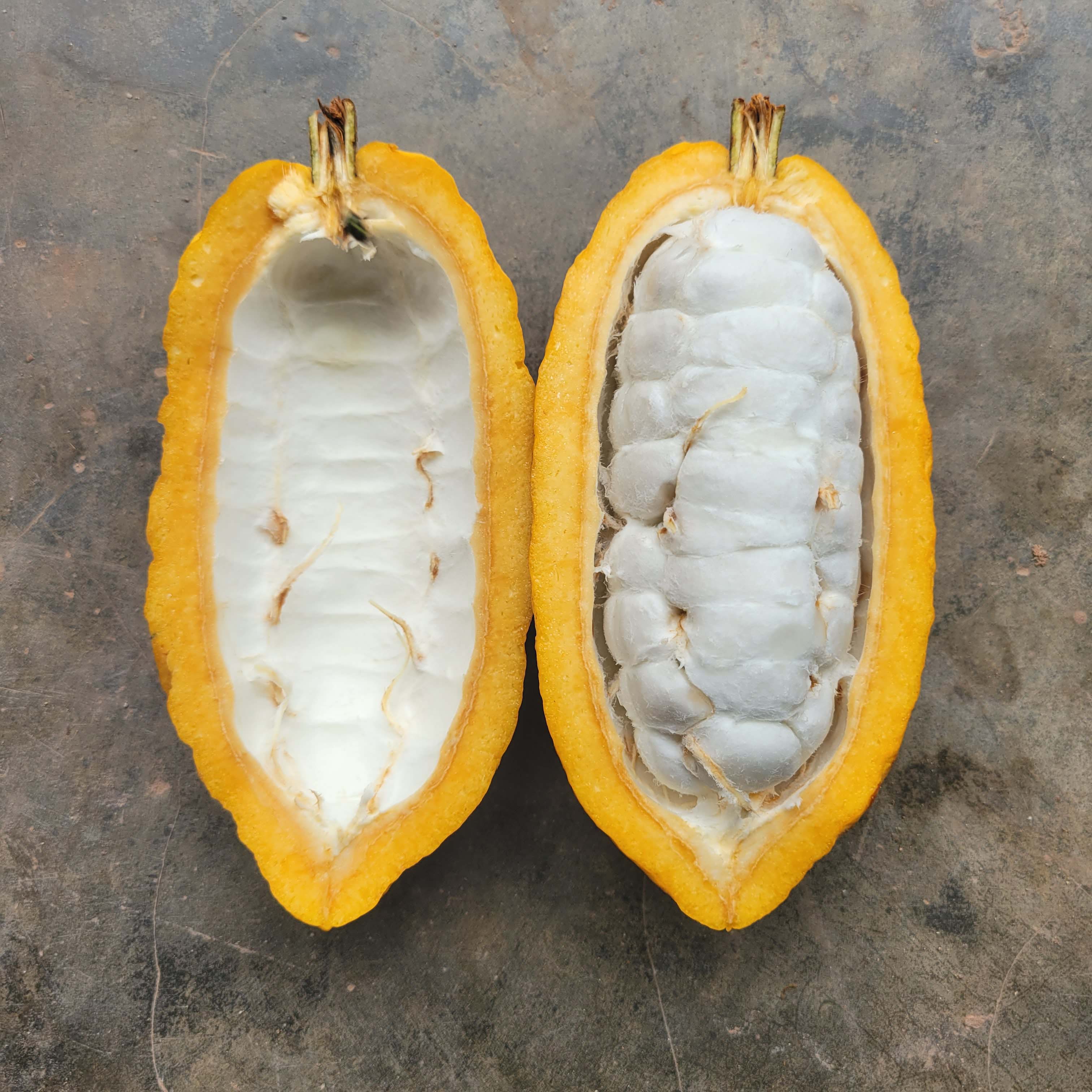 The fruit of the tree is known as the cacao pod, which grows on the trunk and branches. Each pod ripens at a different time, so expertise is needed in choosing the right time to pick the pod. The farmers harvest ripe pods 6-7 months after it flowers. The ripe pods are handpicked and opened with a machete, exposing the sweet white beans. A cacao pod has a rough rind and a sweet pulp (that is later made into juice) surrounding the beans. A typical pod contains 30-40 beans.After the pods are opened and exposed to oxygen, fermentation begins. Proper fermentation is essential to the flavor of the cacao beans and takes anywhere from 5-7 days. During fermentation, the beans are placed in wooden boxes and covered. The beans are mixed and the heat in the chamber gets to between 45-50 degrees Celsius and yeasts, bacteria, and enzymes transform the pulp. After fermentation, the beans have lost about half their weight.

After the beans have undergone fermentation, the beans are dried in the sun for 5-7 days. Drying must be carried out slowly. The beans are spread out in the sun and raked hourly to ensure uniformity. This will continue for the next four to five days until the seed has a moisture content from about 60% to 6%.

After the beans are dried, they are grated for size (the small beans are discarded) and the beans are packed in hessian sacks. The beans are sent in a truck from Shanao, to the Port in Lima to be shipped overseas The journey in the boat will take a few months before they reach the US.